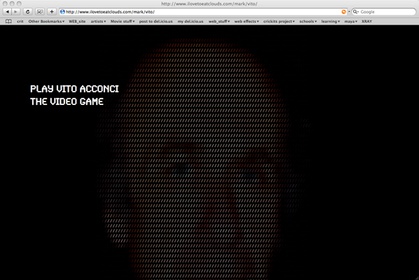 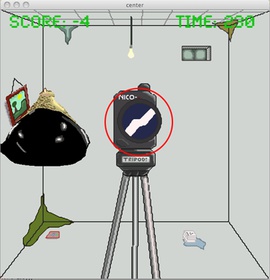 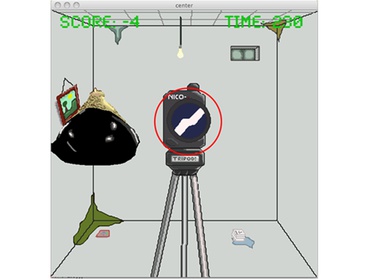 This project was a suite of video games I made to emulate the video and performance art of Vito Acconci. I designed it to interface with the Wii-Remote, adding a bit of physical activity to the act of gaming a la Acconci. From the project:

This is the Vito Acconci performance art game. You have the choice of playing three different games that simulate the work of Acconci's performance pieces. The first two games were design for a the Wii-remote or mouse. to use the Wii-remote feature, you will need an intel mac with the IR sensor or similar equipment, and DarWiinRemote to access this signal. Both seedbed and Center were made with processing, and the following piece was made with flash.