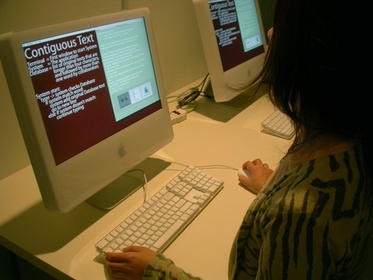 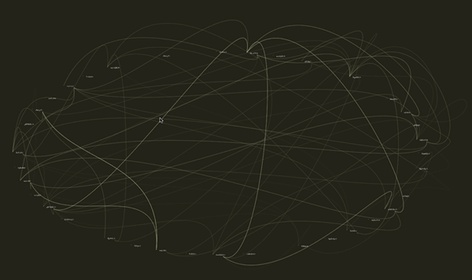 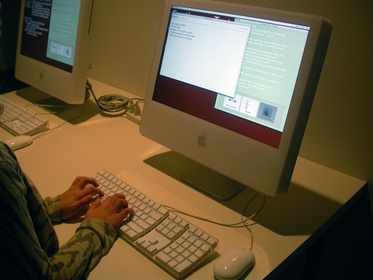 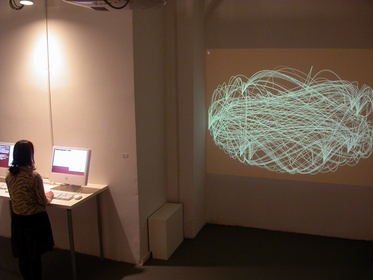 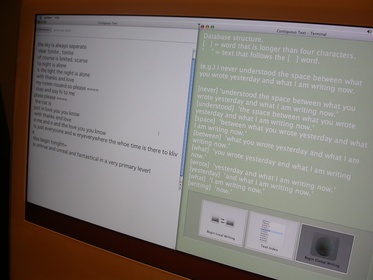 Contiguous Text is a text-based mapping system which creates a database to log and compare text written by users of the system. The program begins by choosing a line of text previously written by another user to initiate a session. Text can then be entered, and as you to type, the program references your writing with that of other people's previously entered text. If a match is made the previously entered text is injected. If no match is found, nothing happens and the writing can continue. When return is pressed, the system checks the line and submits database entries with the text that follows it. A randomly generated username comprised of text and integers is created for each session. Viewers can navigate these stored texts by id and view the texts that were generated.

the system leverages our common structures of language to connect and plot the sometimes disparate intentions of ourselves and other users as one interfaces with it. This functionality lends itself to various uses of the system. By plotting and assigning values to our forms of communication, one can consume language, establishing text forever within the system, assigning the meaning and usage of each instance. Alternative forms of communicating can be used and then utilized to map certain communities within the broader spectrum. Languages such as LOLCATS or piglatin can lead to new connections or a freedom afforded by lesser amounts of people using the language. The restriction can also foster new languages in the way that previous languages such as 1337 (leet - from hacker/cracker culture) have spawned from, by requiring users to communally generate alternatives to common language. Conversely, user's can enjoy this networking experience and submit to the process of mapping and visualizing the connections they share with other users.