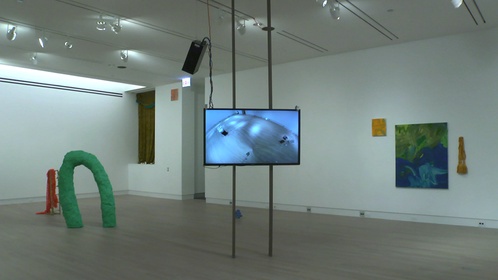 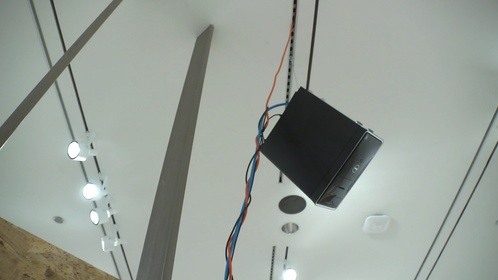 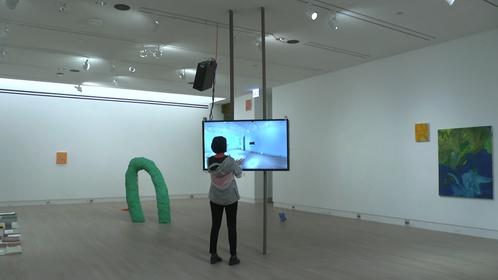 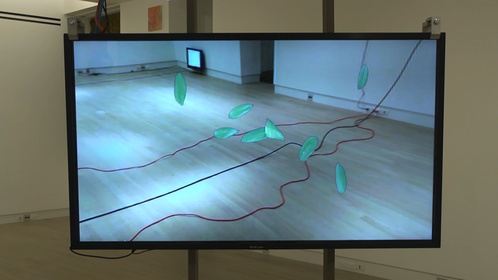 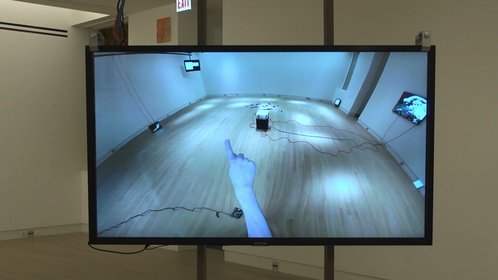 The whole is other than the sum of its parts is an interactive documentation of a collection of works made from 2011-2013 presented at my thesis exhibition in the spring of 2013. The project is a summary of a collection of smaller gestures that move towards a body of work I developed throughout graduate school, exploring the relationship between culture and technology; how we become users, inhabit systems and express through them.

Various pieces were installed and documented via panoramic video and then deinstalled. The spot where the works were capture was replaced with a large touch screen browser. Acting as a meta-frame, the project poses some of the questions that are present in the collection of work as well as complicating the overall experience of the interior works. As the title suggests, the act of collecting and presenting is seen as a more reflexive way to not only bookend the various works made but to complicate the presentation and reception of a thesis project. Surface elements work against its usage, interrupting the (potentially) immersive interior space by drawing attention to the surface of the screen and one's role as user.

Themes for these onscreen interruptions are sourced from dreams of/about/involving computers transcribed within a large online dream journal community.